“… CHE PALLE … !!!” that is, the broken balls, minimalist works in mixed technique and oil and related to cracking art. The irony proper to this type of painting becomes a real banner for this artist. Even in her figurative works there is always a thread of humor already appeared in 2004 in the work “La diciannovesima buca”, a large sanguine 100×70,, a nude that is ironically inspired by the noble sport of golf and, in this particular work, to everything outside of it. The passion for golf began in 2003 when Cinzia Cotellessa was selected to represent Italy in an international exhibition dedicated to this sport together with 17 other artists around the world. She made 100 painted and numbered golf balls, each one with a different name (eg. Strawberry ball), and also two large sanguine works, “La diciannovesima buca” and “Il piede del golfista”.

Her passion for golf started from this artistic commitment.After five years and a lot of research the artist presents the exhibition entitled “… che palle … ovverosia le palle rotte”, a play on words that makes us smile but in reality, through the balls, she makes a speech related to the organic matter which, once become inorganic with the human intervention, is no longer destructible nor can become organic again.It is an environmentalist speech, a complaint, and a shot of a golf ball in the sea of this confused world.But without bothering with too alarming speeches and serenely returning to the irony of Cracking Art, the subtitle of this exhibition that begins its journey in 2010 is “… le palle rotte …” (the broken balls), a smile in the era in which we live and where we are all a little bothered and annoyed …The works are composed of mysteriously broken golf balls and placed on canvases. Basically, there is a modular proposal as the balls are all positioned on square canvases and Cinzia jokingly reminds us that changing the order of factors does not change the result…By inviting viewers to assemble, spin, and turn the works upside down, they unknowingly become protagonists of the installation itself “by changing the order of things…”We talked about modularity, but we can read this exhibition from the numerological point of view: the bases are 20 × 20, 30 × 30, 40 × 40, 50 × 50, 80 × 80, 100 x100 but inside there are always elements in odd number …To conclude, have you ever wondered where all the golf balls that get lost end up? And why the balls? According to Plato’s theory, the hermaphrodites had a rounded appearance, back and hips formed a circle and to move around they turned on themselves like a ball …  rolling happy spheres unaware of challenging the sky with their fullness and satiety taken by the terrible amazement that precedes the fatal division that will make them human … the research of men to reunite with the other half to build the original roundness, resemblance to the sun and moon.

The union and separation between man and woman, a perpetual motion of human life that has been repeating for centuries without deteriorating this fascinating and mysterious desire of man. 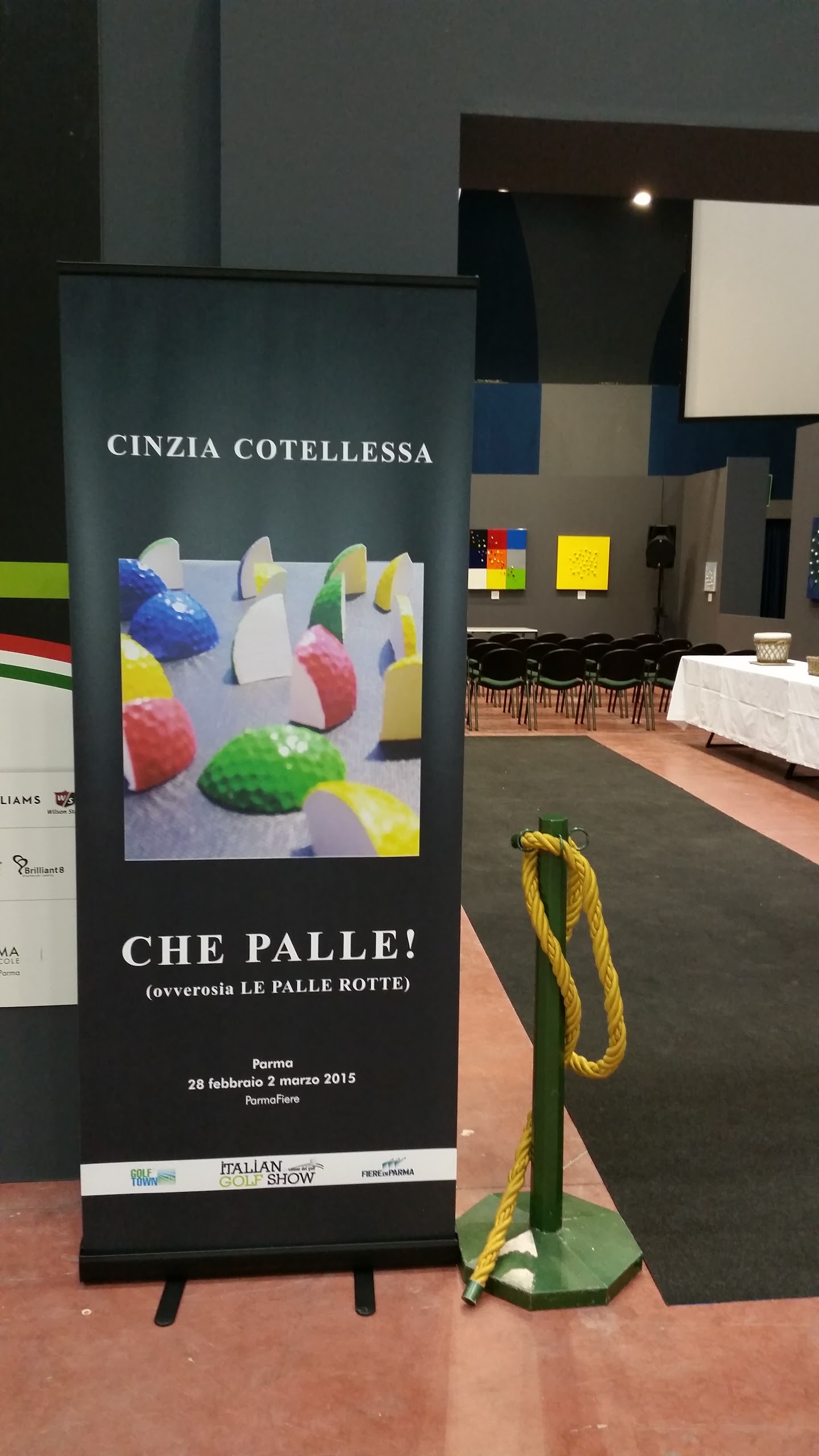 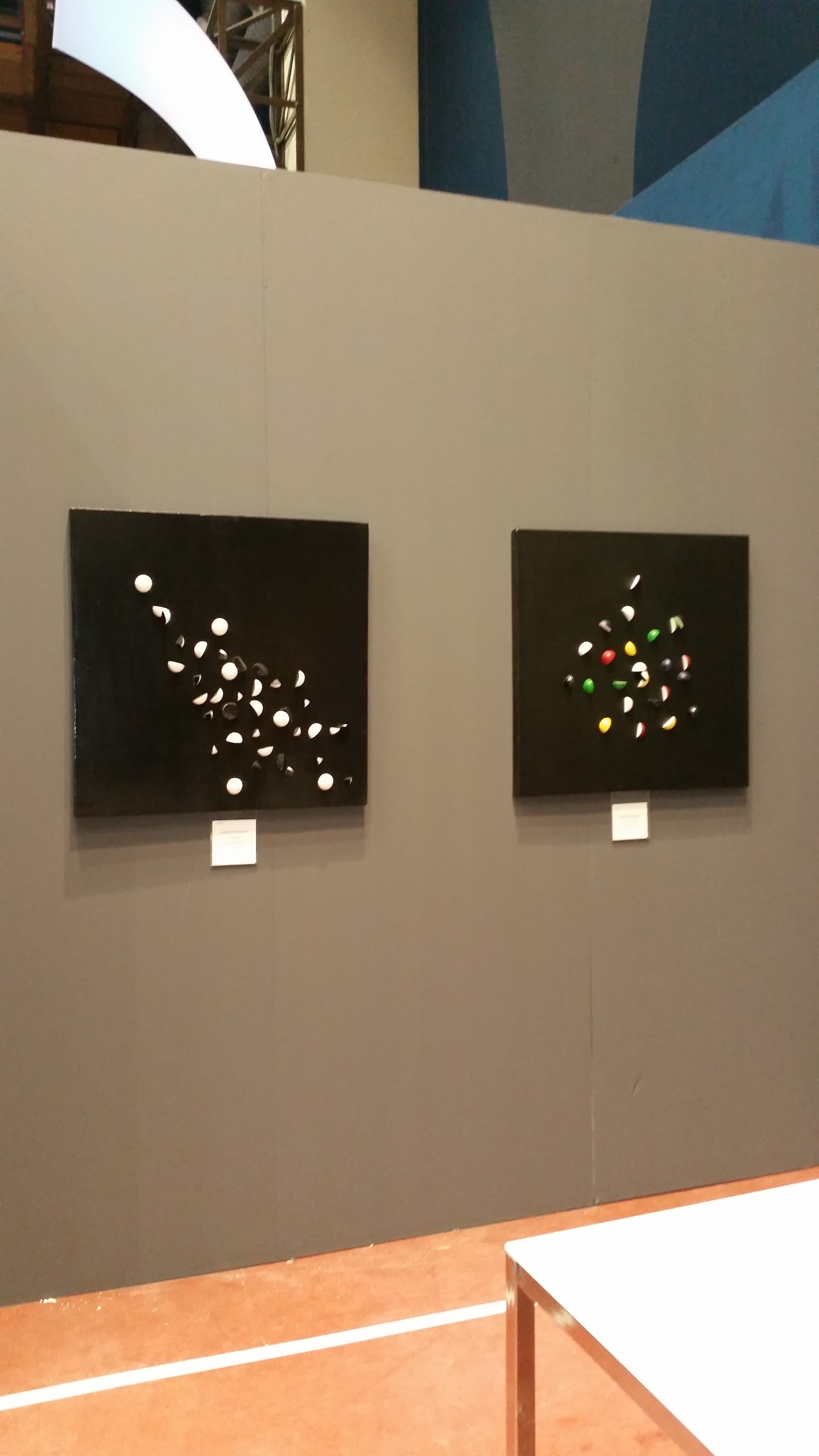 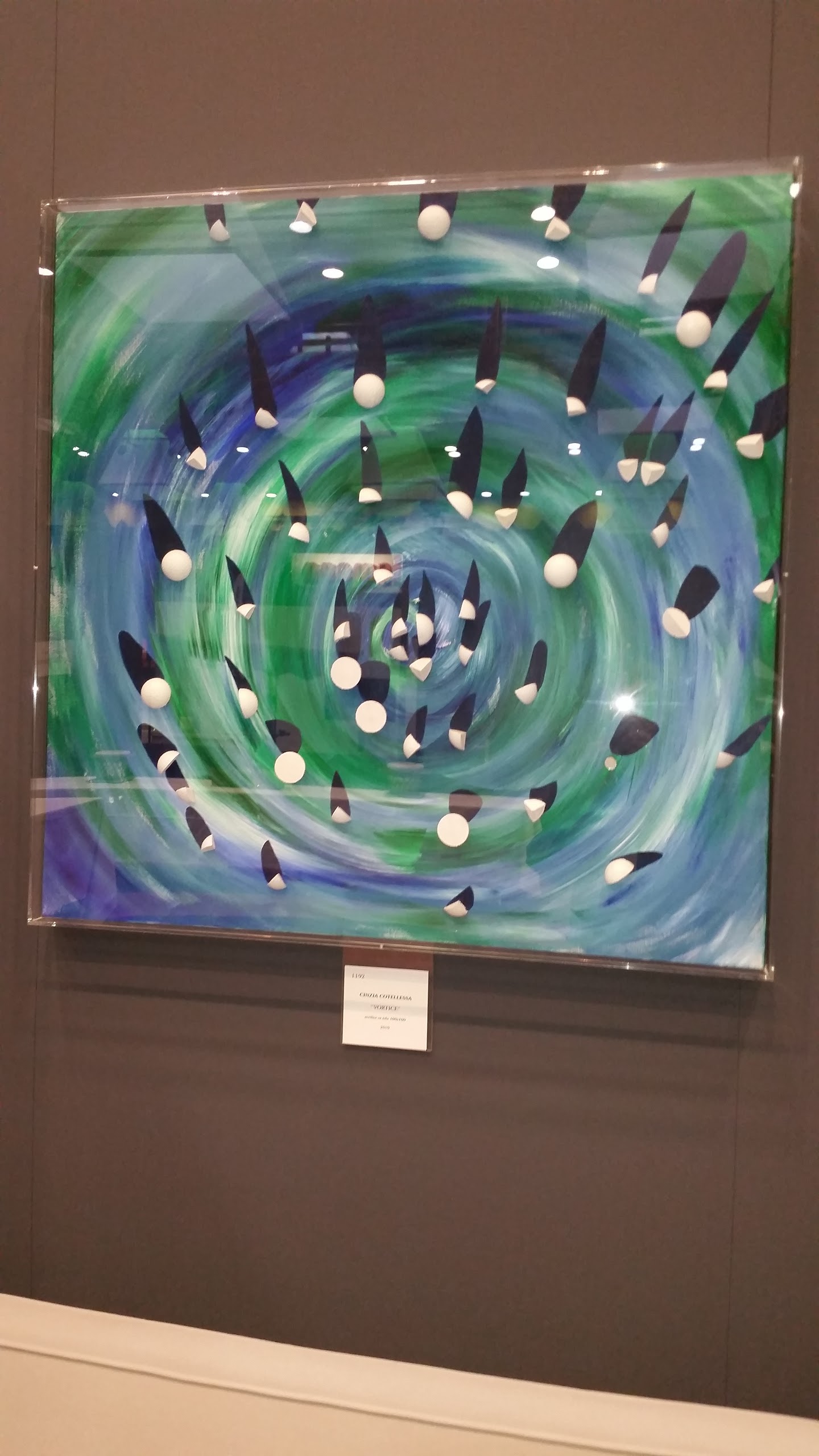 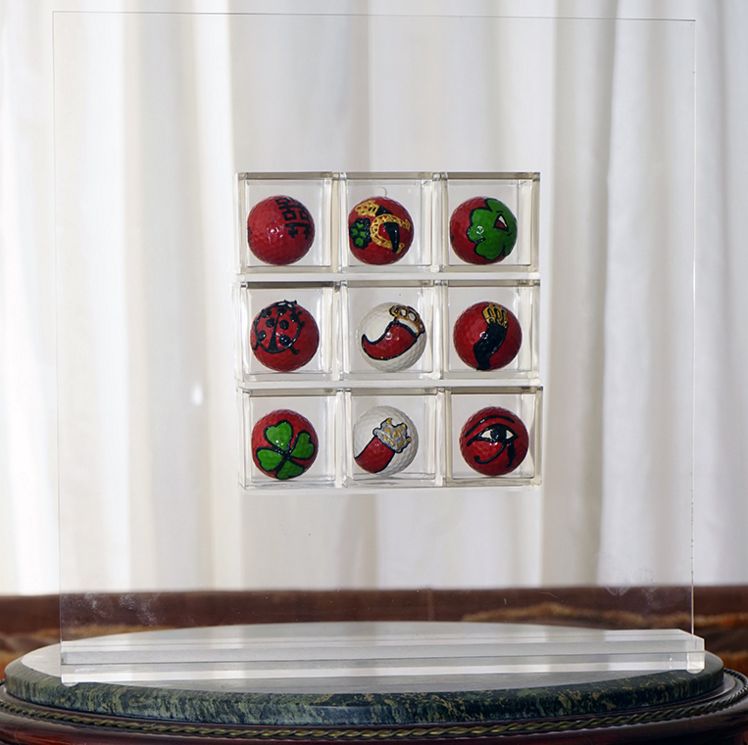 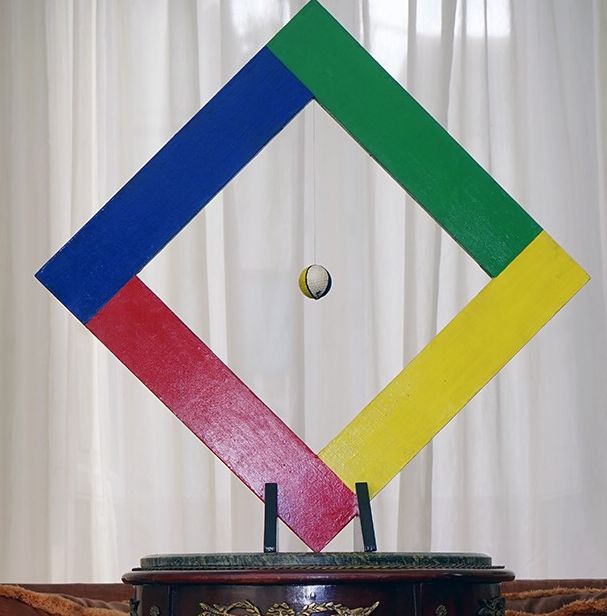 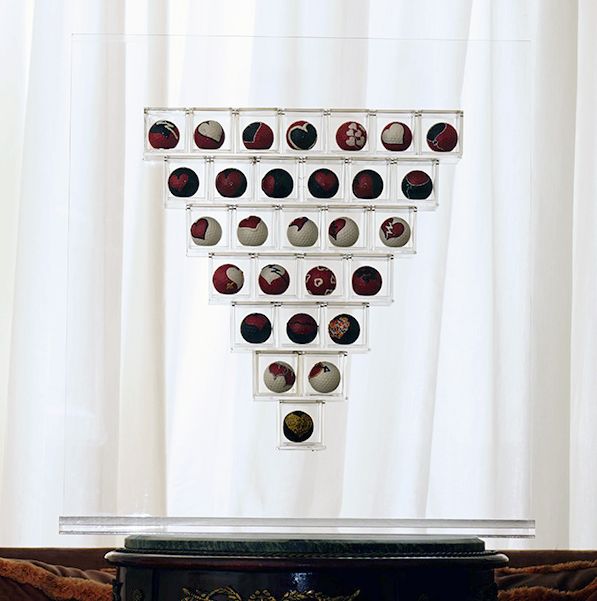 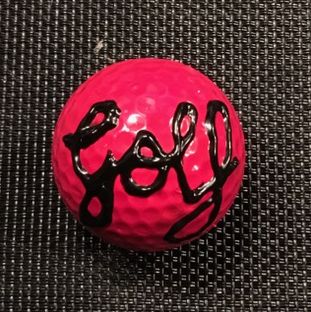 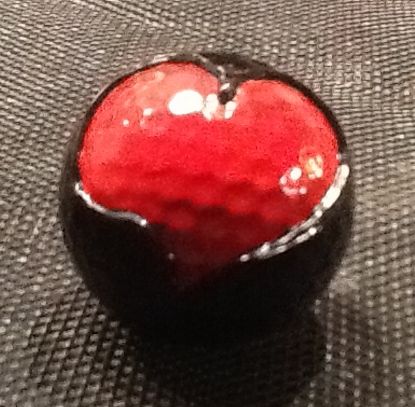 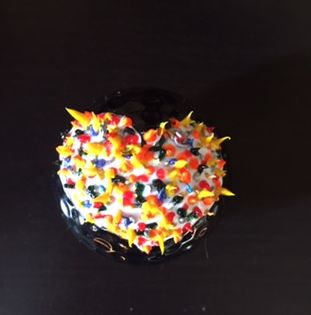 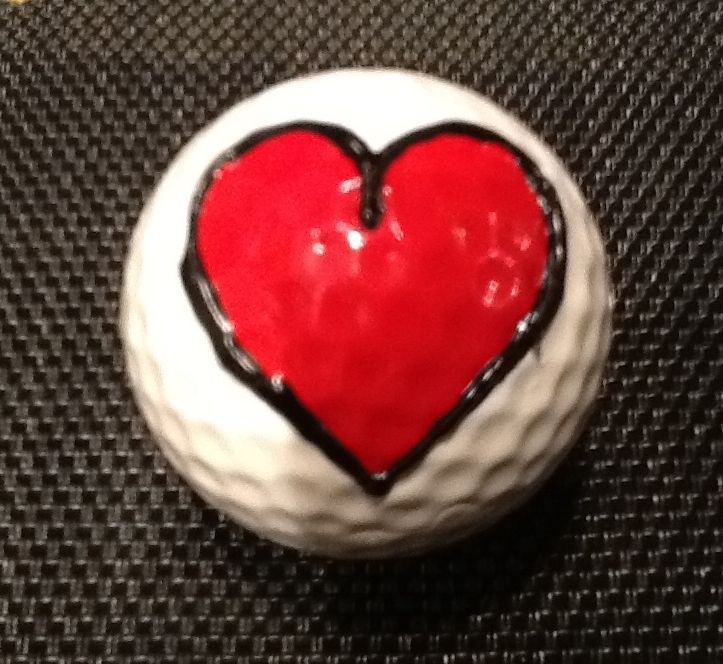 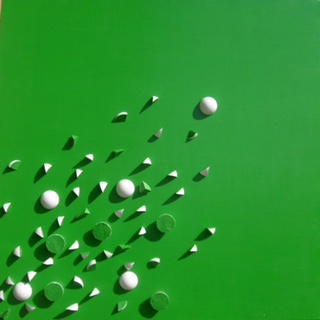 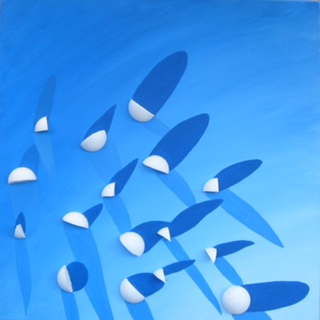 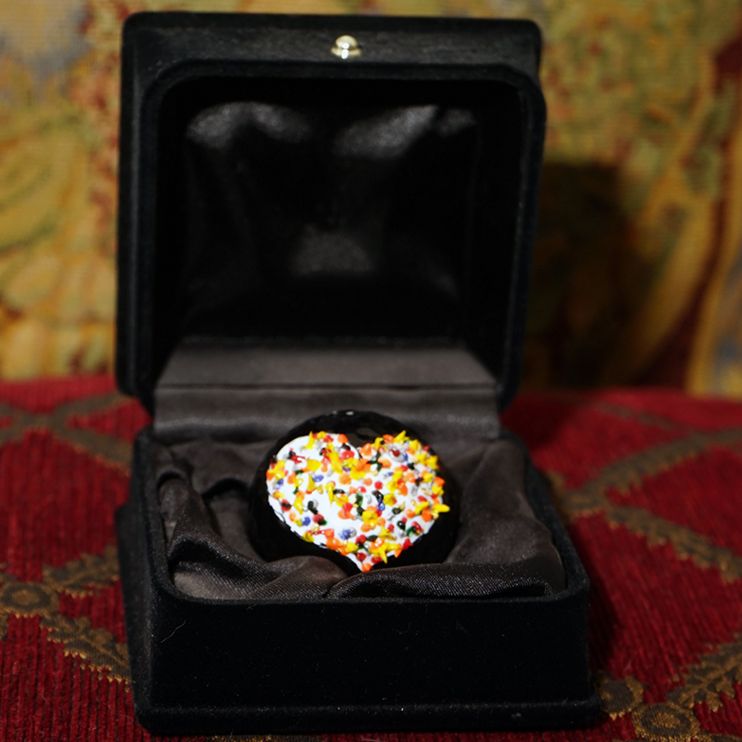 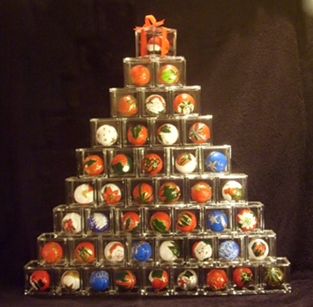 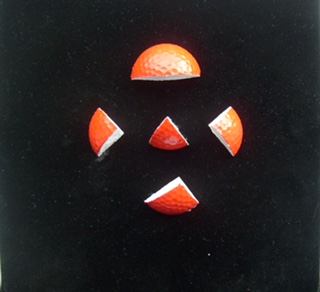 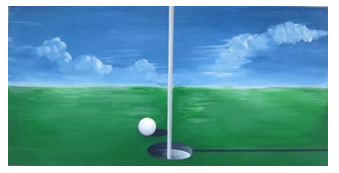 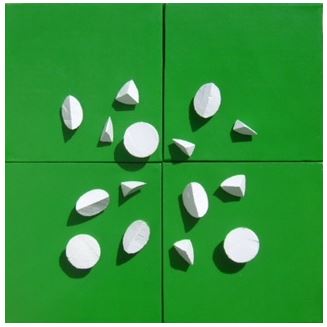 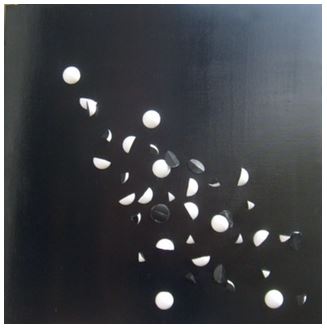 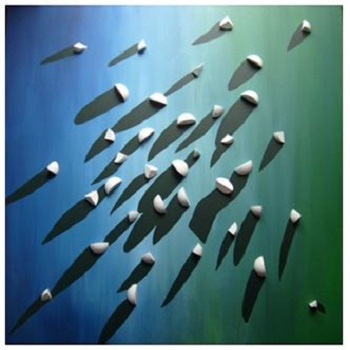